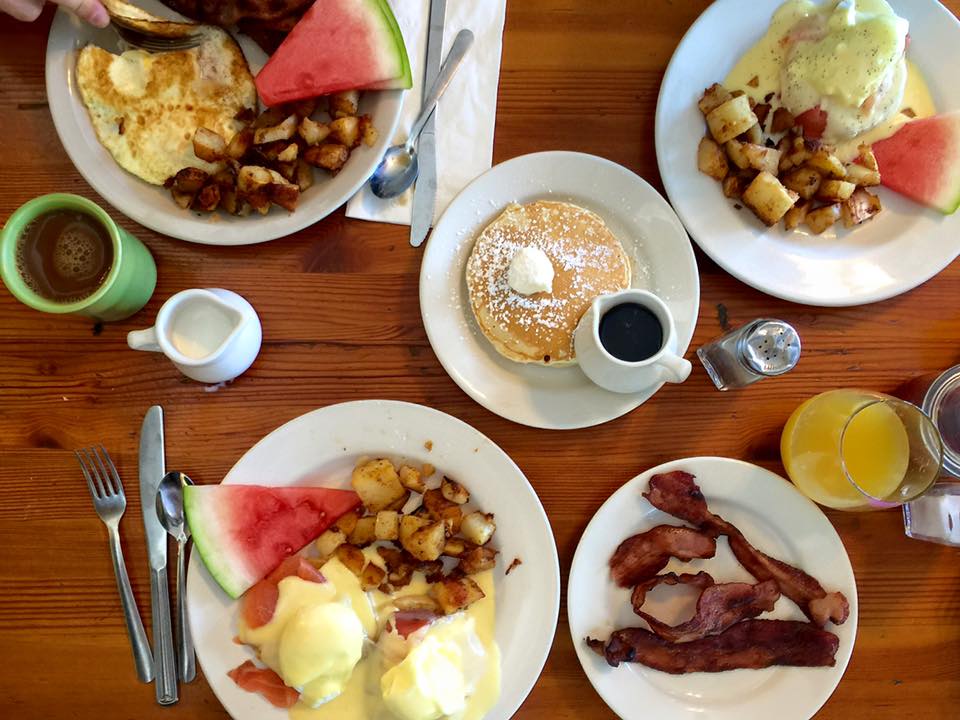 It takes a lot to put me off my eggs.  Or to leave a Mimosa half finished. But today’s breakfast was just such an experience.  The next table over was occupied by a visiting foghorn for bigotry, racism, gender disdain (especially for “the very dangerous” FLOTUS Michelle Obama), and politically conservative extremes. Wave after wave of verbal diarrhea washed over not just myself and fellow patrons but also my children and our lovely server, Jasmine.

We are each entitled to our personal views.  But explaining to your guest (+ we unfortunate bystanders) how “south american immigrants” are the visigoths at the gate while a Latina American serves you Huevos Rancheros curdled my stomach.  Jasmine didn’t hear much of what you said but my daughter did.  And so did my son.  “Brown people” aren’t “duped into becoming democrats” and Trump does not “represent the savior of our great nation.”  Your eggs were prepared for you and served to you by the children of migrants, or immigrants themselves; hard working people each and every one.  Mexican, Italian, Venezuelan, Asian, and French… Many of which our sweet wine country cafe (Garden Court) was filled with a demographic makeup much like this country: DIVERSE.  And THRIVING.  All of us now covered in your verbal vomit.

I thought to say something.  But the Huevos irony was lost to you already.  That, and you wore black athletic socks with topsiders.

I would like to set something straight however. When you come to Wine Country, or dine out in general, bring a shred of common decency.  Even if you’re faking it.  Your servers, cooks, hotel maids, gas station attendants, waiters are known and appreciated not just to each other but also by the winery owners, restaurant owners, hotel owners, tour company owners, magazine owners, etc.  The ” owners” of which you esteem so highly and loudly plan to milk for political donations while here? News flash: We prize and appreciate good people, let alone our teams of staff. For something fascinating and good happens in regions governed predominantly by agriculture.  A good or bad year is shared by all and oft dictated by weather and consumer confidence. There’s a shared camaraderie amongst most of us.  We rise and sink together.  Much like this already great Nation of ours.

So don’t saunter in from your Florida rental car brimming with runny vitriol for the very people serving you eggs. Go back to the Wonder Bread Box from which you came.  And never order Huevos Rancheros from my colleagues and friend again.